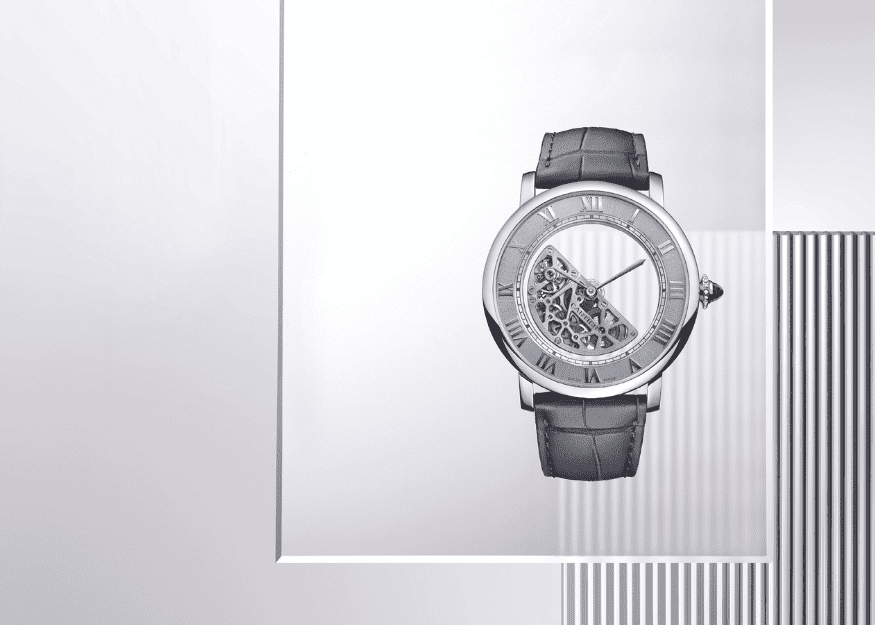 The watch: Unravelling the mystery of the Cartier Masse Mystérieuse

Over the years, watchmakers have regaled us with ingenious timepieces that look like spaceships or boast complications that chime out the time or bring the galaxy to our wrists. But rarely do we see a watch that completely turns our perception of traditional horology upside down.

The Cartier Masse Mystérieuse is one such watch. It re-imagines the watch movement, and fits it entirely within the winding rotor, which rotates at random as well, like a normal rotor. The mechanism seems to be floating mid-air, along with the hour and minute hands.

It might seem like an anomaly in the grander scheme of watchmaking, but there are two potent reasons why this watch exists. For one, we have to go 100 years back in time: Louis Cartier – one of founder Louis-François Cartier’s three sons – gave watchmaker Maurice Coüet a challenge: to create a clock with hands that looked like they were floating in mid-air. Francesca Cartier Brickell reveals in her book The Cartiers: The Untold Story Behind the Jewelry Empire that Louis was inspired by the illusionist Jean-Eugène Robert-Houdin.

It took Louis and Coüet one year to build the first clock, and no-one, not even the staff, were let in on the secret of its construction. Jean-Jacques Cartier, great-grandfather of Francesca, says in the book, “The secret, you see, was that the workings were hidden in the base. But even when they had the mechanical part of it perfected, it had to be a thing of beauty.”

Fast forward to 2008, when Cartier had lofty ambitions to build its Fine Watchmaking department, featuring innovative takes on traditional movements. The department was led by Carole Forestier-Kasapi, the brains behind some of the most mind-boggling watches of our time, including the Ulysse Nardin Freak and the Cartier Astrotourbillon.

Despite releasing unique and inventive pieces, the department was ultimately shuttered in 2018 – in part because the watches were sometimes at odds with the fine and elegant reputation Cartier had built as a jeweller. The brand then turned its focus towards fortifying its iconic collections and doubled down on form before function.

This brings us to 2022, and the launch of the Cartier Masse Mystérieuse. Eight years in the making, its inception falls categorically under the era of Fine Watchmaking. It also marks one of the most complicated watches that Cartier has ever built without, ironically, featuring a ‘conventional’ complication. We are doubtful that it signals the return of Cartier’s Fine Watchmaking department, but it was clearly a passion project for the team.

Built on the tenets of Cartier’s mystery clocks, it seems to be conjured up by sheer witchcraft. The mechanism is fitted within the rotor, while the rest of the dial is bare, allowing the viewer to enjoy the spectacle. The new calibre 9801 MC features a differential system that was inspired by the automotive industry to keep the time display separate from the mass. Measuring 43.5mm, it’s not a small watch, but elegant details abound.

Harking back to Jean-Jacques’ pronouncement that the mystery clock had to be a “thing of beauty,” the Masse Mystérieuse is wrought in platinum, with an outer ring engraved with Roman numerals while a ruby cabochon breaks the monotony of the shades of grey. The watch also comes set with baguette-cut diamonds with a full platinum bracelet or an alligator strap. Only 30 will be made.